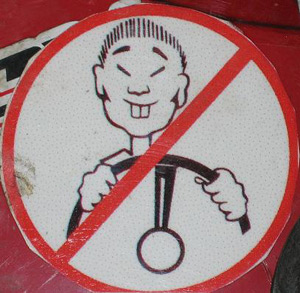 In today’s weekly post, we explore the stereotype: are Asians really bad drivers? 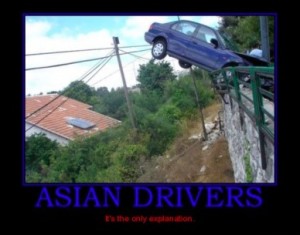 Racism often comes loud and proud in the safety of the Internet, where cowards can hide behind anonymous userids when posting comments.   Sometimes stereotypes are proudly proclaimed in social media, such as the following examples on Twitter: 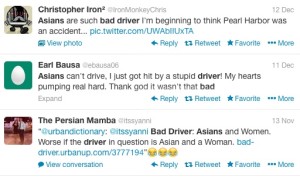 When tragedy hit hard, such as the Asiana Airlines Flight 214 crash, the trolls came out to throw out their two cents:

Is the stereotype actually true, i.e., supported by data?  This matter is somewhat inclusive, as not many reports exist on the subject.  A 2010 Sydney Morning Herald article that studied 20,000 drivers actually found that Asians were safer than non-Asian counterparts when it came to taking risks and rate of accidents.